This World I Want You to Save

Home » This World I Want You to Save

THIS WORLD I WANT YOU TO SAVE 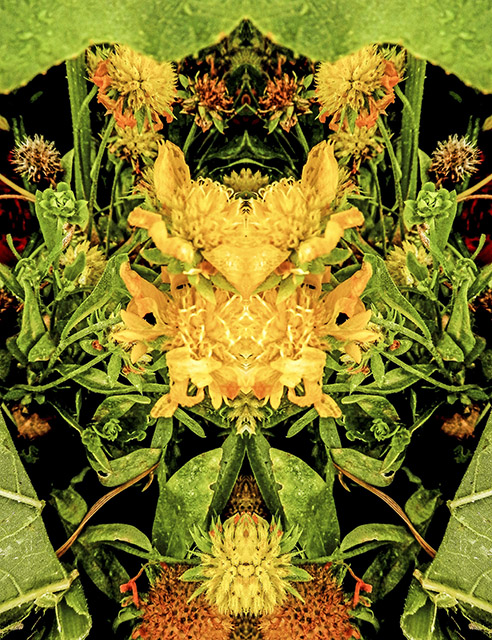 “Golden One,” image by Lyndia Radice

this way back to Table of Contents

Is it the extravagance of reason

that hides the morning sun?

It was odd, she thought, how if one was alone, one leant to inanimate things; trees, streams, flowers; felt they expressed one; felt they became one; felt they knew one, in a sense were one; felt an irrational tenderness thus (she looked at that long steady light) as for oneself.

in sweet sage and let the earth

hold the ache for awhile.

…for there comes over her an urge to wade into the forest as though it is a river and to swim in the green, to climb to the top of a crag and sit face into the wind. It is a time when an inner clock strikes an hour that forces a woman to have sudden need of a sky to call her own, a tree to throw her arms about, a rock to press her cheek against.

Off the Moon Path by Jane Schulman

“Off the Moon Path,” by Jane Schulman, Waves Anthology: A Confluence of...

“Inside the Bowl (Asaayi Lake)” by Leeanna Torres

“Inside the Bowl” (Asaayi Lake)” by Leeanna Torres, from WAVES: A...

“Golden One” by Lyndia Radice

“When You Reach the Red” by Gabriela Frank

“When You Reach the Red” by Gabriela Frank, excerpted from Waves: A...