Congratulations to Beth Ann Fennelly on the selection of her essay, “Goner” for the Fall 2015 Orlando Nonfiction Prize! “Goner” will be published in Issue No. 19 of The Los Angeles Review.

“The arc [of ‘Goner’] is clear and well developed. The author uses ecclesiastical language to great effect, as it immediately establishes that this setting is a world apart. Yet, at the same time, given this author’s compelling language – the vivid, potent, and compelling details – the narrator invites the reader inside this narrative. In short, the reader feels as if she (the reader) is there with the narrator…[Fennelly] seamlessly twines together themes of sexual abuse and gender politics. Within these themes, she also uses irony to great effect. This is a winning essay!
—Sue William Silverman, Fall 2015 Orlando Creative Nonfiction Finalist Judge 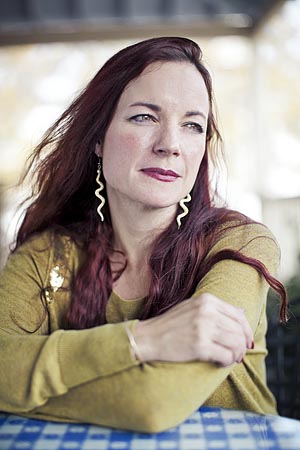 We asked Beth Ann to talk about her essay and to tell us what publication means to her.  She replied:

“Goner” is essentially about memory, and about how new information can color memory retroactively. I’d always felt a little bitter about being kicked out of that altar boy meeting; learning what I learned later complicated that so much, because I understood also how lucky I was, and how unfortunate my male classmates were.

It’s so validating to be able to tell my truth in this essay, to narrate the history of secrets and cover ups that shaped so much of my growing up years, and, through publication, feel I’m part of the conversations happening now about abuses in the church. I think that’s one of the essential reasons why we write and try to publish after all–to join the conversation.

Beth Ann Fennelly directs the MFA Program at the University of Mississippi, where she was named Outstanding Teacher of the Year. She’s won grants from the N.E.A., the MS Arts Commission, and United States Artists. Her work has won a Pushcart Prize and three times been included in The Best American Poetry Series. Fennelly has published three full-length poetry books. Her first, Open House, won The 2001 Kenyon Review Prize, the Great Lakes College Association New Writers Award, and was a Book Sense Top Ten Poetry Pick. Her second book, Tender Hooks, and her third, Unmentionables, were published by W. W. Norton in 2004 and 2008. She has also published a book of nonfiction, Great with Child, in 2006, with Norton. Fennelly writes essays on travel, culture, and design for Country Living, Southern Living, AFAR, Garden & Gun, The Oxford American, and others. Her most recent book is The Tilted World, a novel she co-authored with her husband, Tom Franklin, published by HarperCollins. It was an Indie Next, Okra, and LibraryReads selection. They live in Oxford with their three children.