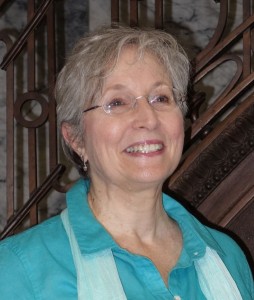 “A narrator, a place, a past, and a future are crystallized brilliantly in this deceptively brief fiction about a street performer. Long after reading, I found myself shaking my head and asking—’Did that really just happen?’—forgetting that it was only a story.”

We asked Judith to talk about her story and to tell us what publication means to her.  She replied:

The Street Artist is about the space, or possibly the dimension, between imagination and reality. Writers invite readers to enter into and inhabit an imaginary world and to experience it as if it’s real.

Publication has taken my writing from a solo venture to a shared one. Now, even when I’m alone at my computer writing, I feel connected to and in conversation with my readers. It’s wonderful.

Judith Janeway can’t remember a time when she wasn’t writing stories, but naturally she also had to do other things. She received a Master’s in Comparative Literature and taught for some years at a men’s college. It wasn’t as much fun as it sounds. She left teaching and earned a PhD in Health Psychology and worked for a much longer time as a social science researcher, studying people coping with serious or terminal illnesses and their caregivers. Odds of Dying, released In November 2014, was her first mystery/suspense. Her second mystery, The Magician’s Daughter, book one of a series, was released in February 2015 by Poisoned Pen Press.