Home » To the Lighthouse » Interview with Jessica Piazza

“Winning the To the Lighthouse Book Prize didn’t impact my career. It launched it. It allowed it.” 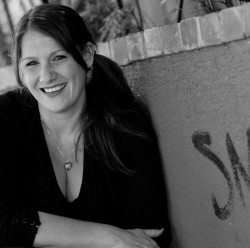 Jessica Piazza, Winner of the 2011 To the Lighthouse Poetry Publication Prize

AROHO: Has winning the To the Lighthouse Book Prize impacted either you personally or your writing career overall? If so, in what ways?

JP: Winning the To the Lighthouse Book Prize didn’t impact my career. It launched it. It allowed it. I was a student of poetry, a poet published in many magazines, but didn’t have anything even remotely like a poetry career until Eloise Klein Healy chose my book for this prize. It was the kind of experience one might organize one’s life around. There was Before winning the AROHO prize, and After. (Yes, in capitals.) And After has been much, much better.

What advice would you give to those considering submitting their work, to the AROHO Book Prizes or elsewhere?

JP: If you love your work, don’t stop sending. Most people don’t hit right away. Don’t be discouraged; just keep submitting. However, definitely reread your own book a few times a year. If there comes a time when you don’t love it anymore, reassess. But as long as you love it, keep fighting for it.

As for sending particularly to AROHO? Just do it. Now.

JP: A few things. I’m particularly proud of the website I started recently called “Poetry Has Value” (www.poetryhasvalue.com) It’s centered around a pledge I made to only submit poems to paying journals and magazines through all of 2015. It was intended as an experiment that might spark conversations about poetry, money and worth. From there it’s grown way bigger than my own experiences, though. I’ve had amazing guest bloggers join the conversation (from Sandra Beasley and Terry Wolverton to Dan Brady and Dena Rash Guzman), and I’ve interviewed editors of publications that pay poets so that they might offer advice and resources for those who are interested in a paying model. I’ve also created a public, fully editable google document listing journals and magazines that pay writers, in case poets are interested in going that route. It’s really exciting.

As for my own writing, I have a book coming out with Red Hen called Obliterations. It’s co-written with Heather Aimee O’Neill, and it’s all erasure poems of New York Times articles. I’m publishing work from there in periodicals now, though it won’t be out until 2017. I’m also trying to work on a series of very short poems, though I must admit the form confounds me!

AROHO: The 2015 TTL Prize Judge is A.E. Stallings, who said in an interview with Poetry Daily:

“It is ultimately a brash act to write down your words for posterity.You have to have a healthy ego, I think, to dare to create; or at least be able to silence your inner critic for swaths of time. And I think there are rare moments for most writers when the poem somehow comes out even better than you had hoped and when you do have this surge of energy and think-“I am a genius!” But then there is the other 98% of the time, when you are disgruntled with everything you’ve ever written, or despair of writing a poem again, and think, ”I’m an impostor!” Maybe you think both these things in the same day.”

JP: Alicia’s a smart cookie.  I’ve always said that writers are the cockiest neurotics on the planet.  I’m no exception. I think both of those things, most days.  At least on a good day.