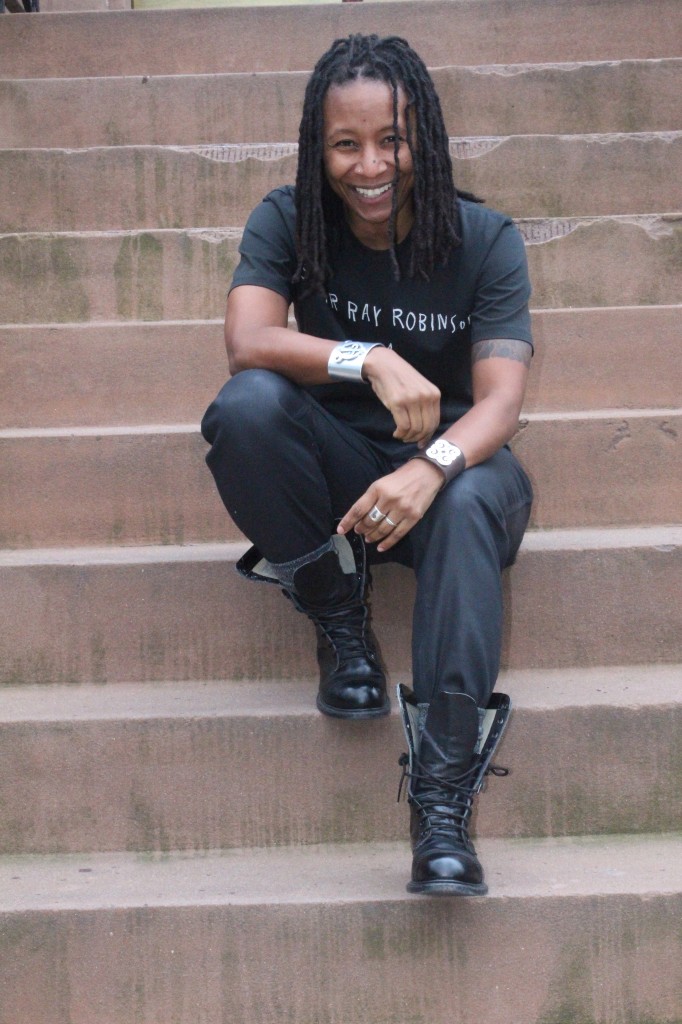 t’ai freedom ford is a New York City high school English teacher, Cave Canem Fellow, and Pushcart Prize nominee. Her poetry has appeared or is forthcoming in Drunken Boat, Sinister Wisdom, No, Dear, The African American Review, Vinyl, Nepantla, Poetry and others. Her work has also been featured in several anthologies including The BreakBeat Poets: New American Poetry in the Age of Hip-Hop. In 2012 and 2013, she completed two multi-city tours as a part of a queer women of color literary salon, The Revival. In 2014, she was the winner of The Feminist Wire’s inaugural poetry contest judged by Evie Shockley. She is currently a 2015 Center for Fiction Fellow. t’ai lives and loves in Brooklyn, but hangs out digitally at: https://taifreedomford.com/

“how to get over,” t’ai freedom ford’s electric, rhythmic manuscript, is AROHO’s 2015 To the Lighthouse Poetry Book Prize winner

“I was struck by two seemingly opposite qualities of this book—its electricity (charged by the poles of Strife and Love), and its containment and mastery, words that might seem at first at odds with the poet’s concerns with racial oppression and sexual identity.  Yet in these poems, full of jostling rhymes, elaborate rhythms, well-weighed syllabics, received and invented forms, deft improvisations, sonnets and bops, the poet confronts public tragedies and private trauma with craft and music, subverting and incorporating tradition.

Take “ode to an African urn:  for Trayvon and them/ after Keats” in which the poet responds to the interrogation of Keats’ cold pastoral by questioning the premature death of another young man, in three taut triolets, the first of which goes:

what sin or odd odds are these?

what men and gods are these

what unarmed boys down on bruised knees?

Keats’ urn tells us beauty is truth, truth beauty:  that’s all we need to know.  This vessel also has an unstoppered mouth, other things to say.”