The author of “The Immaculate Heart of Mary/Steel City 1910″ honors the form of flash fiction by not attempting to make it something it isn’t: it’s neither a boiled down short story nor a fleeting glimpse of life. She manages to evoke the grittiness and toil of early twentieth century immigrant life and the complexities of gender and desire in a piece filled with magic, lust, and despair. This story won my (far from immaculate) heart.” —Anne Finger, Fall 2015 Orlando Flash Fiction Finalist Judge

We asked Ingrid to talk about her piece and to tell us what publication means to her.  She replied: 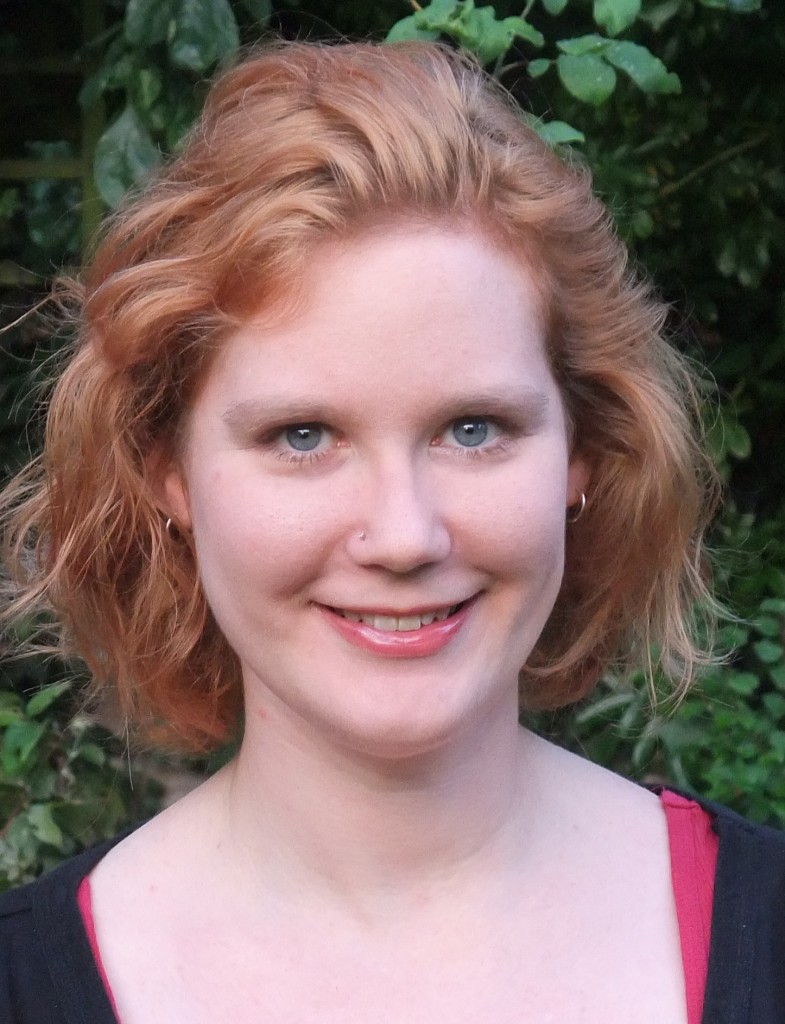 My great-grandparents were Polish immigrants who worked in the Pittsburgh steel mills, but I know very little about them; writing [“The Immaculate Heart of Mary/Steel City 1910”] gave me a way to sidle up to some of that lost family history. Only after sharing it with my father did I discover that my great-grandparents’ house and my grandfather’s school were located near the church that features in the story.

A little over a year ago, I made a commitment to myself to give writing a serious try; as part of that, I started submitting work for publication. The very first story I sent out was published and I received $25.00 along with a huge confidence boost. That acceptance and each one since has inoculated me against the slew of rejections that have also come in. I love the idea that, once in a while, a little pulse that one sends out into the universe can resonate with other people. That being said, when I’m in the process of writing and editing, I try my best not to think about any of that. I’ve never had good results when I’ve tried to write ‘for publication’, and “The Immaculate Heart of Mary” is a good example. This piece started out as a character study, written in response to a prompt, that I submitted as part of a writing workshop application. I wasn’t offered a place, but that rejection was the best thing that ever could have happened to this story. Without an audience in mind, I felt free to write outside my comfort zone, and the result – the piece that I submitted to the Orlando Prize – is one of my favorite stories to date. Winning was a complete surprise and I’m still in a state of shock. Overnight, it seems all those doubts – what am I doing? can I write? am I wasting my time? – have evaporated into nothingness. I feel as light as air.

Ingrid Jendrzejewski grew up in southern Indiana and studied creative writing and English literature at the University of Evansville before going on to study physics at the University of Cambridge. In past lives, she has been a researcher, teacher, computer games developer, arts administrator, and pizza delivery person, but she is currently taking some time out of employment to be a mother and to write. Links to her work can be found at www.ingridj.com.

what have you got there, brothers — they ask at the borders —
silence dressed up in cyrillic letters
the sacred fire of the candlelight letter “ї”
our and your freedom to rest in a land of love

In these times, we seek solace and communion. Shoulder to shoulder, we gather around the sacred fire that is Summer Camp.

Despite the unthinkable becoming reality year after year, AROHO remains a source of hope, a path through the forest, and a homecoming for an ever-expanding circle of women.