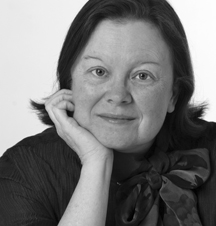 Diane Gilliam tells women’s urgent stories in poetry that is both stunning and accessible.  Her recent work illuminates her interest in the interactive role myths, fairy tales, and other received stories play in how we become who we mean to be.

Gilliam describes the Gift of Freedom grant as “actual, practical help for women who need to do their work in a world that often doesn’t know how much it needs that work, and as a sacred trust that heartens us, binds us to our work and to each other.”

Born in Columbus, Ohio, Gilliam’s parents were part of the post-war Appalachian outmigration, from Mingo County West Virginia and Johnson County Kentucky.  Her first book, One of Everything, tells the stories of four generations of women in her family.  Kettle Bottom, her second book, is written in the voices of people living in the coal camps at the time of the 1920-21 West Virginia Mine Wars.  Kettle Bottom won several prizes, including a Pushcart Prize and the Ohioana Library Association Book of the Year in Poetry.  Gilliam also won the 2008 Chaffin Award for Appalachian Writing.

In her proposed Gift of Freedom grant project, a book of poems titled The Blackbirds Too, Gilliam will map the course of “identity accomplished by breakage of the structures a person might depend on to become someone:  work, knowledge, marriage, family, goodness.  The culture at large defines our first versions of such things and it seems inevitable that as we grow into ourselves the received definitions begin to fail us.”

At the heart of this work are those received definitions, the invisible scripts that we all live and die by, often without being very conscious that they even exist.  I’m talking about the stories that we tell ourselves—because others have told us–about who we are and how we should be in the world.  The stories pour into us through churches, fathers, mothers, teachers, institutions of all sorts—marriage, academia, corporate culture, government, class structure.  They can be classical myths, Bible stories, fairy tales, family stories, ancestral memories, folk tales, hero stories, all manner of popular culture. They say what it means to be a man or woman, a wife/mother/daughter, how to be smart, righteous, strong, who’s a self-made man and who ought to go out and get a job.  Since where I’m from is important to me, I also think about myths in regard to Appalachia, myths formulated both from the outside and from within.  Here in the middle of my life, I begin to see how deeply and unknowingly I’ve been shaped by stories I’ve been told about myself and my place in the world.

Still, I need the stories.  I believe they come into being to help us get through it all.  I see them as templates, deeply and widely human, necessary to us but also needful of us.  They need the addition of our stories and truths in order to stay alive and true, just as we need them to help us access our wholeness.  I want this next work to help make those invisible scripts visible.  I want to see how they are still underpinning our lives, how we can be enlarged by the helpful stories and how we can consciously refuse or re-direct the story lines that lead us away from who we really mean to be.  They can help us learn to get off the path to the witch’s house when we see how dark it’s getting and that the birds are snatching up all the breadcrumbs.  They help us learn to break open, to break upon the next thing that we can be. 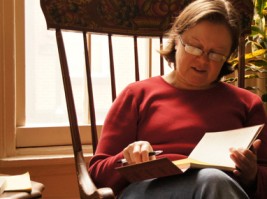