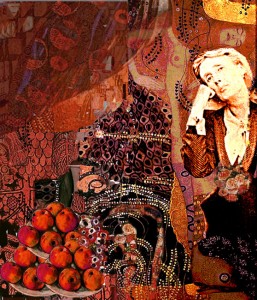 Nearly a century ago, famous English novelist and critic Virginia Woolf (1882-1941) told readers in A Room of One’s Own that creative women had a problem: Not enough money and not enough locked rooms in which to work.

Woolf, whose stream-of-consciousness technique and poetic style are among the most important contributions to the modern novel, believed that successful women artists in her day were in short supply because they lacked the financial means and the privacy necessary for the creation of their art.

In her view, providing women artists with money meant freeing them “for the power to contemplate…a lock on the door means the power to think for oneself.” She also believed that if women artists were provided with a room of their own, developing the “habit of freedom and the courage to write exactly what we think,” then “Shakespeare’s sister [would] put on the body which she has so often laid down,” but only “if we work for her.”

Woolf took her own life on March 28, 1941 at the age of 59, but her story lives on, in part through the AROHO Story and in the ways that all of “Shakespeare’s sisters” take up the mantle and the pen. AROHO is forever grateful for the legacy of creativity, ingenuity, and passion Woolf left behind.

To let oneself be carried on passively is unthinkable.