Home » To the Lighthouse » Interview with Julie Marie Wade

“You must be relentless. You must not be dissuaded or discouraged. When you have written and revised each piece of work or compilation to its fullest potential, it’s time to send it out into the world and keep sending it out into the world for as long as it takes. This can be years. Don’t give up.” 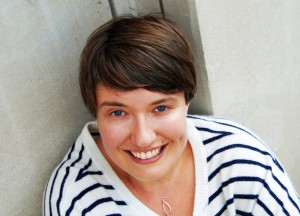 AROHO: Has winning the To the Lighthouse Book Prize impacted either you personally or your writing career overall? If so, in what ways?

JMW: Oh, it most certainly has! As a feminist, I believe in AROHO’s mission to support women writers and artists, and I feel honored to be one of the women writers supported by the foundation. Virginia Woolf’s body of work, particularly A Room of One’s Own and To the Lighthouse, has been a source of immense inspiration in my writing and teaching life for years, so the title of the award is meaningful as well. And to add even more serendipity to the mix, I began writing SIX many years ago after taking a transformative experimental poetics class taught by Bruce Beasley at Western Washington University, where I was introduced to the poetry of C.D. Wright. Deepstep, Come Shining is one of the most important poetry collections I have ever read, a book that encouraged me to open myself to the possibility of writing longer and more intricately constructed poems. SIX is in fact a collection of six, long poems, the most complex project I have ever undertaken to write, and the fact that it was chosen by C.D. Wright, a long-time poet-hero, leaves me overwhelmed with gratitude.

What advice would you give to those considering submitting their work, to the AROHO Book Prizes or elsewhere?

JMW: I keep a record of my own history of rejection, which grows far faster than my list of acceptances and inevitably longer with each passing year. I submitted SIX well over a hundred times to various poetry book contests, and in its eight years of circulation, the book was a finalist 36 times. I also had individual poems and essays and other volumes of work in circulation simultaneously–part of the don’t-put-all-your-eggs-in-one-basket approach to submission. I know a different poetry collection of mine, D R IF T, was a finalist for the AROHO/To the Lighthouse Prize at least once and possibly twice before I decided to submit SIX. So in general, I would advise other writers: You must be relentless. You must not be dissuaded or discouraged. When you have written and revised each piece of work or compilation to its fullest potential, it’s time to send it out into the world and keep sending it out into the world for as long as it takes. This can be years. Don’t give up. If you give up and take yourself out of the game all together, you’ll never have a chance to win. And sometimes, as was my experience with AROHO, you get close, but you don’t hit the bull’s eye right away. All the more reason to submit again and again. Pay attention to those loving rejections, those almost-not-quites, and use them as a guide. Consider everything a possibility, but watch for the clues that suggest what might be especially probable. A past commendation or invitation to submit again should never be overlooked.

JMW: I think so! I’m always excited about my projects and hope they will be exciting to future readers. In addition to preparing SIX and another forthcoming collection–this one of lyric essays–Catechism: A Love Story (Noctuary Press, 2016) for publication, I’m working with my usual many-pots-on-the-stove approach to creativity. In poetry, this includes a collection called Quick Change Artist, which may or may not subsume a smaller, chapbook-sized manuscript called Same-Sexy Marriage. On the prose front, I’m in the early stages of an essay collection called The Regulars and the late stages of a creative nonfiction collection called Other People’s Mothers.

AROHO: The 2015 TTL Prize Judge is A.E. Stallings, who said in an interview with Poetry Daily:

“It is ultimately a brash act to write down your words for posterity.You have to have a healthy ego, I think, to dare to create; or at least be able to silence your inner critic for swaths of time. And I think there are rare moments for most writers when the poem somehow comes out even better than you had hoped and when you do have this surge of energy and think-“I am a genius!” But then there is the other 98% of the time, when you are disgruntled with everything you’ve ever written, or despair of writing a poem again, and think, ”I’m an impostor!” Maybe you think both these things in the same day.”

JMW: It’s a great description of the writing experience, to be sure, the highs and the lows of it. For my part, I rarely feel like a genius or an impostor. I live in between the two in a steady and reasonably comfortable way. I know I’m a writer because it’s the only form of artistic expression I’ve ever excelled at, but that could be because it’s the only form of artistic expression I’ve ever felt compelled to undertake with any serious dedication. I have to write. It isn’t a choice. But I’ve also read and studied and taught as conscientiously as possible for many years in order to transform my writing from something private and essential to something I always hope–but never know for sure–will reach a wider audience. To make, in other words, what begins as something small and entirely personal available to a reader who might, always might, find something of value there.