“Tell us what the world has been to you in the dark places and in the light. Don’t tell us what to believe, what to fear. Show us belief’s wide skirt and the stitch that unravels fear’s caul.” – Toni Morrison, American novelist, essayist, and teacher 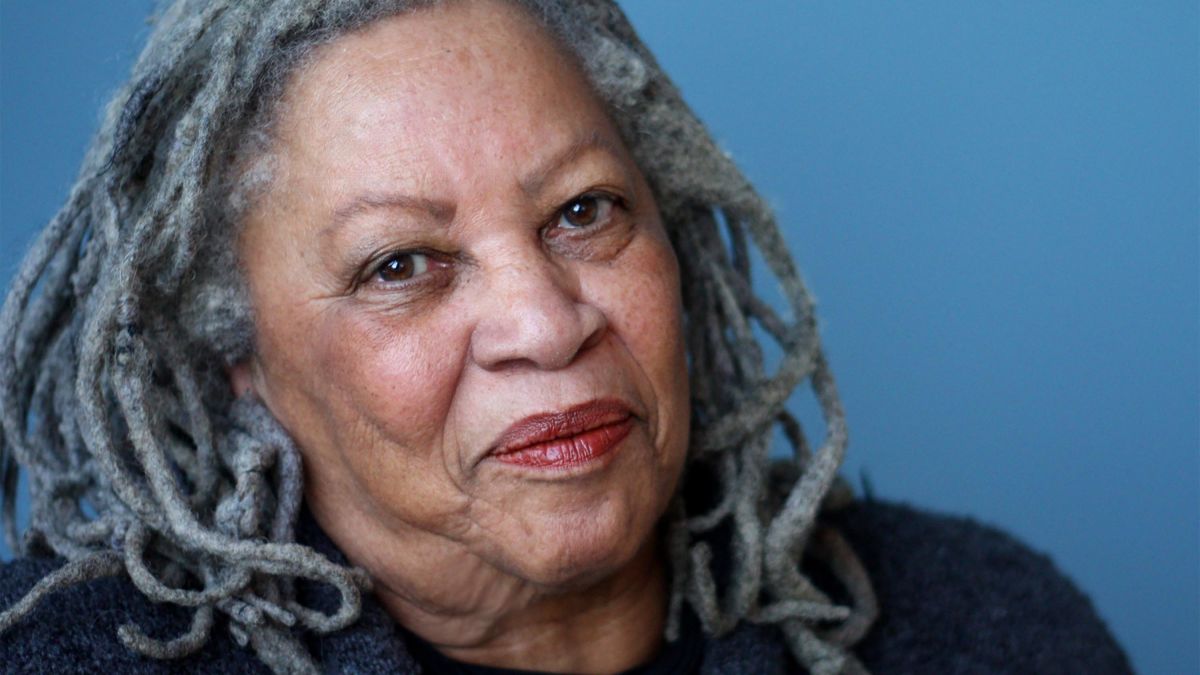 Our town was a tiny landlocked one in Louisiana. Devoid of bookstores and gathering writers. As kids –  black, white, a girl whose family had fled Laos as refugees – we all went to the same school. After the afternoon bell rang, though, we scattered to our still-segregated neighborhoods. It was the late ’70s and then the 80s. I was a girl who had fallen in love with written words partly because my own were sewn so tightly within me, and I didn’t know how to let them unravel naturally.

Eventually, I had a passionate literature teacher, and the town library. I read classics written mostly by (long-ago dead) white men, the local newspaper, Judy Blume, the World Book of Knowledge encyclopedias, but was woefully ignorant of the existence of black authors, did not even hear of Toni Morrison until I got to college and, lo and behold, there was one class that jumped off the catalogue at me as though I were looking through a magnifying glass: African American Literature. I enrolled – curious, breathless.

Morrison’s Song of Solomon blew my brain wide open, what with its language and characters, some named after Biblical figures I’d read about for years in my family’s church. These black characters reminded me of my maternal grandparents, born in 1904 and 1908, and of many of my uncles, born in the late 1920s, 30s, 40s. They looked like my people, sounded like my people, hurt and loved like my people. They were complex human beings. And I had not seen that before in literature. Even so, looking back, I’m sure so much of that book went over my head, but no matter: I was baptized; I was hooked; I was being enlightened. The book considers the notion of flying, inspired by a story passed down by enslaved Africans who claimed to “fly back” to Africa. When I heard her explain this in an interview, I thought: My grandmother used to sing that old song, “I’ll Fly Away,” as she went about housework, or tried to avoid getting stuck in one of the many old arguments looped by my grandfather, whose father had been lynched before he was born. Who was this Milkman who wanted to fly? I wondered, we all wondered as we read Song of Solomon, and where is he going? But Morrison insisted that it is not a story about geography. “It’s not an escape story,” she told The National Visionary Leadership Project in a video interview more than 10 years ago. “It’s about flight,” she said. In other words, “flight” in this story is a mindset. “As you think, therefore you are.”

Little bits of scripture, sayings, half-told stories floated through Morrison’s childhood and resonated in my hungry-to-understand and be-understood soul. So. Geographically speaking, Morrison has left us. There were texts and tears and so very many beautiful social media posts from morning to night on Aug. 6, the morning after her death. I believe the earth trembled today in her absence. And that tremor was a reminder of how much we need to return, regularly, to her stories, her criticism, her musicality and laughter and truth. Again and again. “There was a time when people used to walk around singing,” Morrison said in the NVLP interview. There are so many songs to sing. When the lyrics don’t make sense, especially when they don’t make sense, we need to sing them anyway until they do, until some little twist of phrase, some implied note, in them does. Thank you, Ms. Morrison, for all that you gave us, for all that you have left us.

From me to you,

Read “The Sacred Wash” and “The Ancestress” in full here.

“Each woman gets out of the water

with a helping hand from another.”

“The Sacred Wash,” previously published in Yale Review, The Q 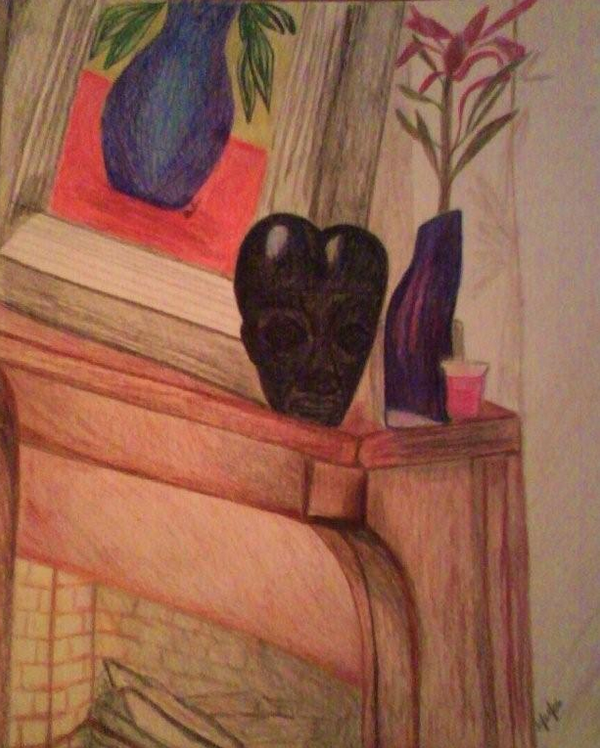 “On Lisa’s Mantel” by Darlene Taylor

“I sketched what created the ‘quiet’ in Lisa’s old house – the fragrant candles and fresh cut flowers. Then I settled to reading a book. Beloved was familiar for it reminded me of the ghosts that settled in the homes of my family and the graveyards we tended with care. I felt that same tenderness and weight of history that lingers in place when I first read Beloved. Toni Morrison gave us stories of heart and humanity. She reminded us of the power of language and words and how we speak to each other. She is forever beloved.”

From me to you,

“Through these verses, myth and legend survived.

The literal meaning we called wax.

The wax and the clay will return to earth,

but the gold will continue.”

“The Ancestress,” The Q

What has the world been to you in “dark places and the light?”

What do your literary ancestors tell you?

Share your language, art, and music by clicking on the green button: “The Q: What Do Your Ancestors Tell You?”