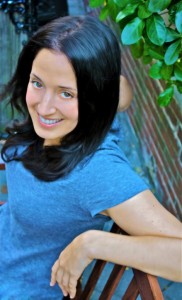 “There is so much to say about this lyric essay. It is not only formally innovative, the form is following function with all sorts of biblical relevance with the number 12. It is really smart, and fast and light on its feet. It gets so much done in short spaces…This writer knows exactly what to tell us, and, often more important (and overlooked in CNF) what NOT to, what connections to let up make on our own. The essay is also deeply and darkly funny, but not at the expense of how moving it ultimately is. Bravo!”

We asked Diana to talk about her essay and to tell us what publication means to her.  She replied:

For me, writing and publishing are also about untangling shame: I write with as much candor as I can bear, in part to call taboos into question. My hope, and maybe this is lofty, is that my readers will think, “You’re allowed to feel that way? You’re allowed to say that? Okay, good, I feel better now.”

Diana Spechler is the author of the novels Who by Fire and Skinny, and of the New York Times column Going Off. Her work has appeared in GQ, Esquire, Glimmer Train Stories, PANK, Brevity, The Wall Street Journal, The Paris Review Daily, and elsewhere. She teaches writing in New York City as well as for Stanford University’s Online Writer’s Studio and The Wounded Warrior Project. Her website is www.dianaspechler.com.