Mary Ellen Sanger, who won the Orlando Prize for Poetry for her poem “Secrets of a Wooden Saint in a Church in Jalcomulco”, and who was a finalist for the 4th Gift of Freedom, has self-published a book of nonfiction. Read on for her AROHO story, and details about her book.

When I returned to the US after my incarceration, I tried to write the stories I had lived with the women of Ixcotel, sitting in a cramped NYC apartment. The stories came in spurts, but mostly – as I was struggling with my own “new” identity after so long abroad, finding time within a new framework of work and commuting and learning a new and enormous city – I doubted everything, and nearly stopped writing. I applied to the Gift of Freedom Award on a lark, for the exercise of pushing myself into an unexplored creative space. I am a great fan of the improbable. Winning seemed improbable, but applying was well within my reach.

I recall when Mary Johnson called to tell me I was a finalist, I was aswim with emotion! She indicated that few non-winners had reacted as enthusiastically as I had… but to me, I had won. I had won the reminder that I can and should write. Though I still struggled with time, I had renewed faith in my ability to do justice to the stories of the women with whom I was incarcerated for 33 days.

A subsequent Orlando Prize for Poetry for my poem “Secrets of a Wooden Saint in a Church in Jalcomulco” buoyed my belief that I can weave poetry through serious subjects.

It is with great thanks that I recall the confidence that AROHO put in my words – and the stories of triumph and struggle and solidarity and pain and redemption that I was able to put into my book well reflect the spirit of AROHO and the women who have shaped and continue to shape it. I am so happy to have been a part of that work. 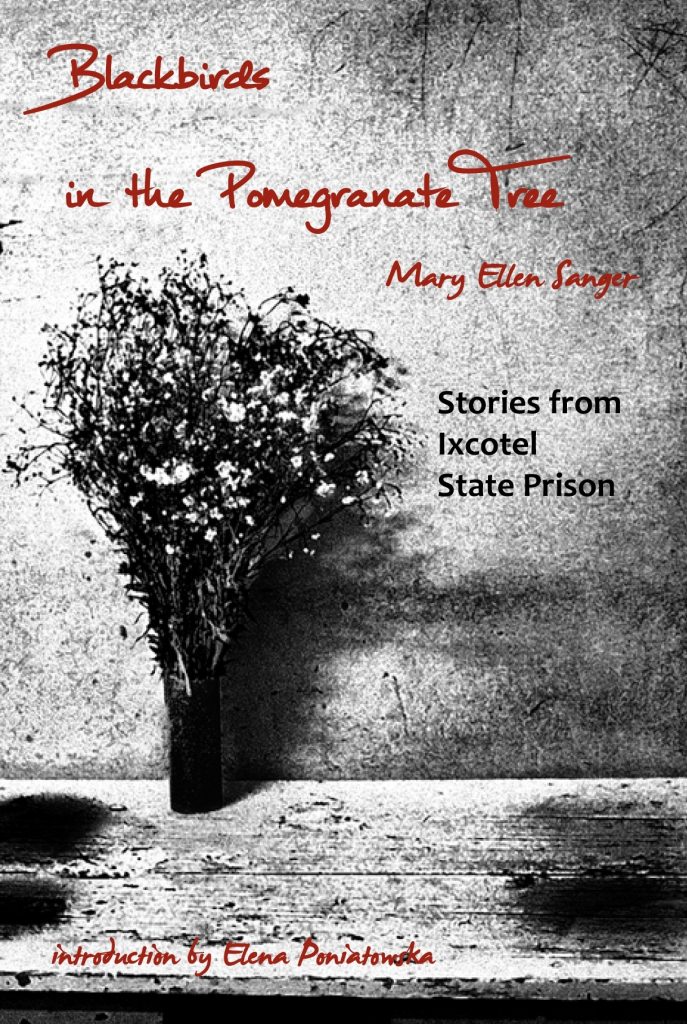 Blackbirds in the Pomegranate Tree: Stories from Ixcotel State Prison tells my story of an unjust incarceration in Mexico, and the stories of 9 women that I met “inside.” They are stories of community and solidarity in an unlikely corner, in unlikely circumstances.

I had made my life in Mexico for 17 years when I suddenly found myself in prison in Oaxaca, Mexico, arrested on invented charges. I spent 33 days in Ixcotel State Prison in the fall of 2003. These stories of the women I met there, illuminate my biggest surprise and my only consolation in prison: the solidarity that formed among the women I lived, ate, swept and passed long days with while inside. Nine lyrical tales show the depth of emotions that insist on their own space, even in these harshest of circumstances.

I weave my own tale through the stories. Accused of a crime that doesn’t exist by a powerful man in Mexico, I depended on the fierce solidarity of friends on the outside, and a brilliant lawyer who trusted in the rule of law… even in Mexico.

“Blackbirds in the Pomegranate Tree” is a life lesson. If they were to throw me in jail, I would carry it with me to read each night, as some read the Bible or the Gospels. In its pages I would find strength and faith in humankind, and I would know that to believe in “the others” is a path to salvation. (from the Introduction by Premio Cervantes Award Winner Elena Poniatowska, Mexico’s foremost journalist and novelist)

Her voice is strong and confident and the writing is poetic. She knows how to use her words, and she paints a beautiful, heartbreaking picture of both her beloved Mexico and her fellow prisoners. Her ability to evoke feeling without overly flowery or effusive language goes beyond skill and into talent. (from Writers’ Digest Award Self-Published Book Award judge)