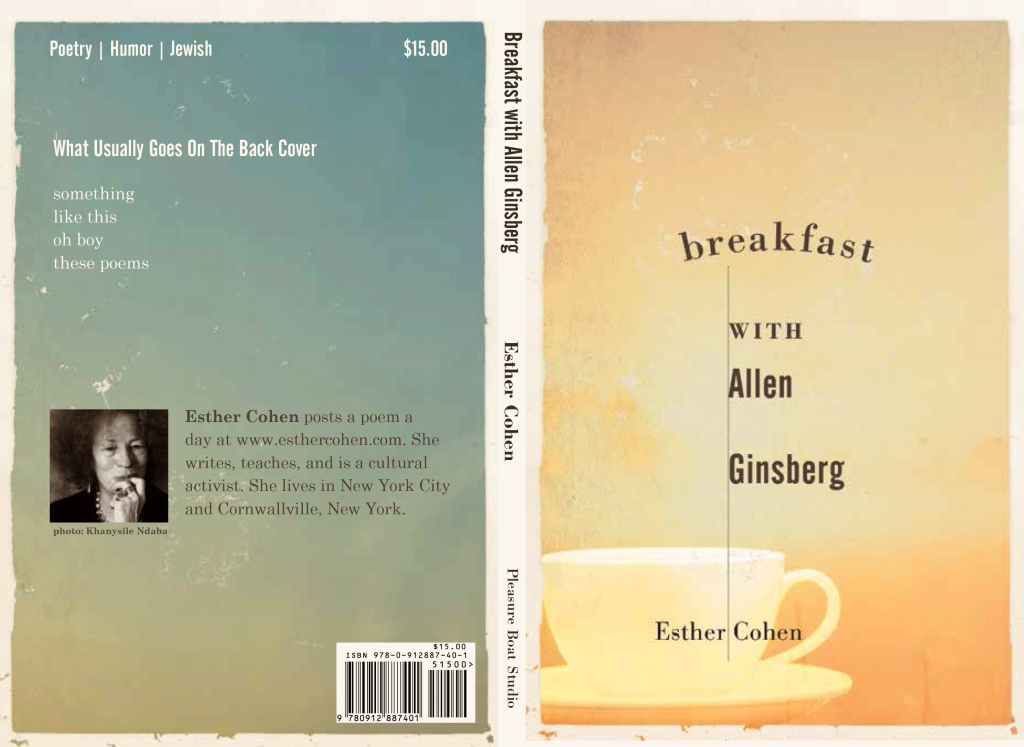 Esther Cohen is on the AROHO Board of Directors, and has authored several books of poetry, fiction, and nonfiction. Breakfast with Allen Ginsberg is her sixth book.

1 Allen Ginsberg
or I Wanted to Be a Poet